Race to the South Pole 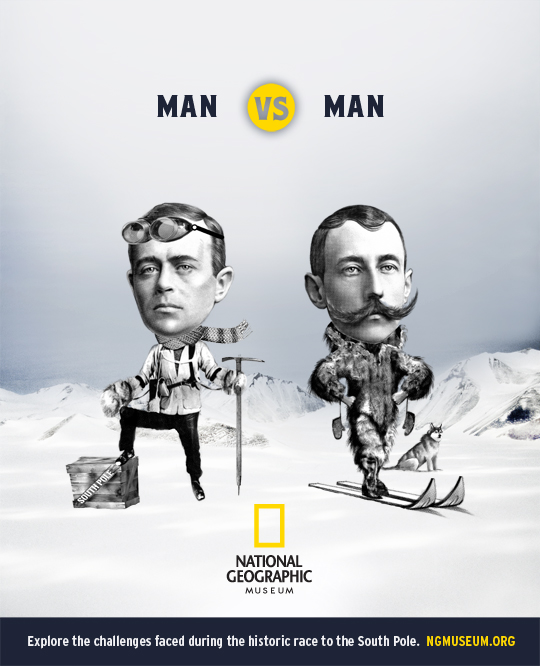 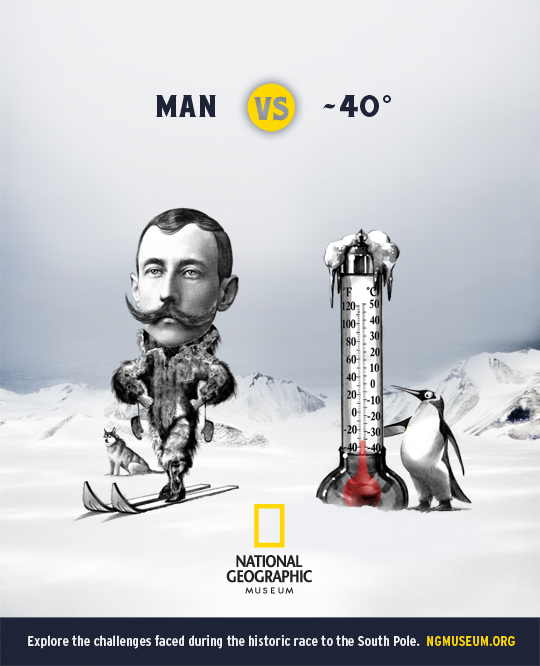 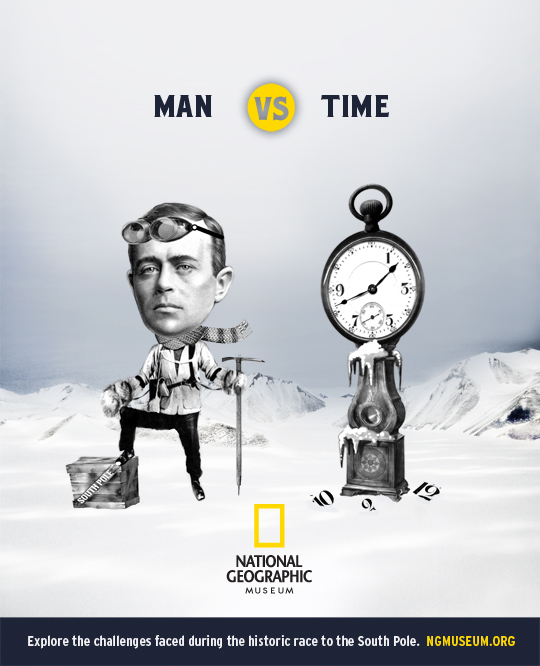 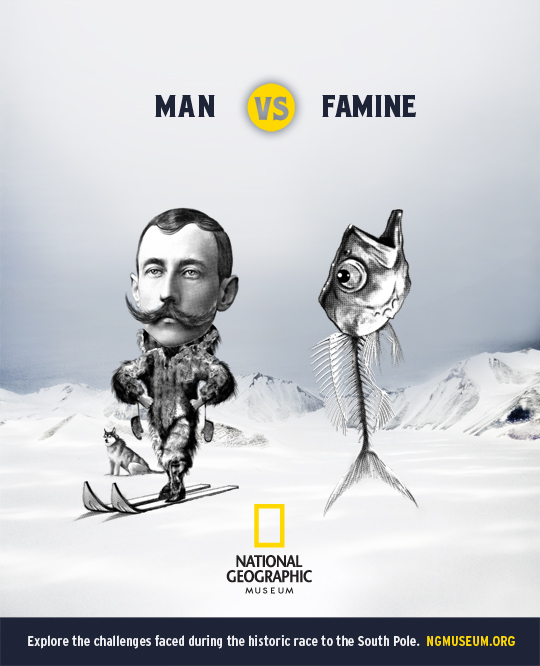 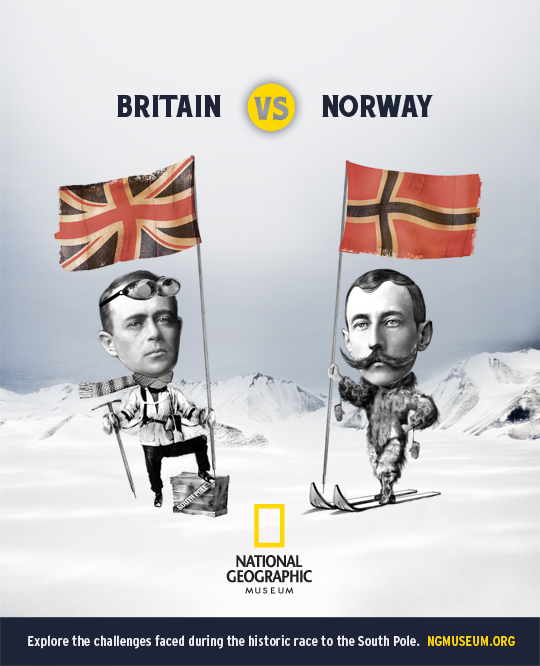 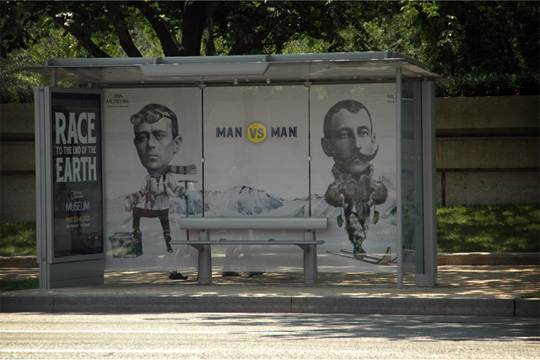 One hundred years ago, Norwegian explorer Roald Amundsen and British Royal Navy Captain Robert Falcon Scott competed to be the first to reach the South Pole. Talk about an amazing race! But they weren’t just racing each other, they were racing against each other’s country, and against time and starvation and death.

Solution:
Print campaign that demonstrates the various obstacles each man tried to overcome.

Fact:
Eating dog is much better than eating your friends. Until you have no more dog.